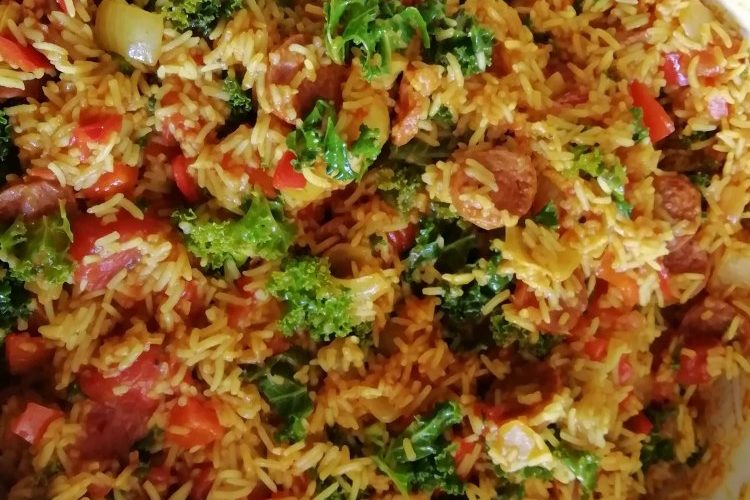 Curly kale! We all hate it! My heart sank when I saw it in my veg box. I went to my favourite foodie groups on Facebook for tasty ideas and found we are not alone. Its not a very popular vegetable. Suggestions of roasting for 10 minutes with olive oil and salt and pepper or putting in smoothie came as I expected. There were a couple of interesting recipes came up for which I had so few of the ingredients I couldn’t even try, so I was left with hiding it in meals. Chorizo paella is something I often make as a brunch or lunch, but uses a red pepper and frozen peas which I didn’t have, so I substituted a Romano pepper and curly kale. It was well received- the strong flavours in the paella hid the curly kale well, and the vivid green made the dish look delicious too.

We’ve been a customer of Octopus Energy now for some time now and we’re very happy. They are very easy to deal with, we’ve never had to call them everything has been done online.

I recently found some great stuff at bodykind and they gave me a special offer to share with my friends. I’m treating you to an exclusive 15% off your first order

Get a discount code for 15% off at bodykind